It's Not the Start, or the Stop... It's the "Dash" · Fist Pump Friday
Skip to content

On January 22, Julie and I had the opportunity to see futurist/illusionist Adam Trent at the Van Wezel Performing Art Center. 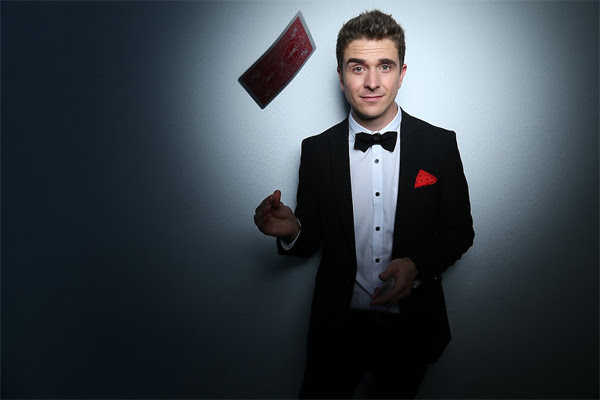 We had seen him 4 years prior when he was in Sarasota and this year’s show did not disappoint.  The night was filled with audience whispers of “wow…”  … “How’d he do that?…”, but the most memorable part of the show for me was the finale.  No, not because I was happy for it to be over, but because if its content:

Adam starts his final act with a story outlining the reason for why he became a magician – turned out his aunt was a huge source of encouragement for him growing up.  In the early days of him starting out (when he was in his teens), he would perform at local community centers and nursing homes – with his aunt always sitting in the front row, cheering him on, even if he made mistakes.  It was her encouragement that drove him to constantly practice and hone his craft.

Unfortunately, his aunt passed away before she had a chance to see him perform to stadiums of thousands as a “true professional” like he does today.

After a brief pause, Adam went on to talk about the contents of a headstone – specifically the date you were born… [dash] the date you died…

What he said next really hit me:

“When we look at a headstone… we only see the dates… the start, and stop… but we overlook the most important part… the DASH…  After all, it’s the inside of that small dash where all of the important things happen!”

That hit me.. I lost my mom to cancer at age 54 – way too young… I can honestly say though, that of those 54 years on this earth, she spent her life lifting people up – helping them see the very best in themselves.  Her last words to me were “have a great life” and I have done my very best to create the best life I know how to for Julie and I, as well as the people we care about.

Thank you for reading and have a great weekend!